The Writer's Garden: How Gardens Inspired our Best-loved Authors (Paperback) 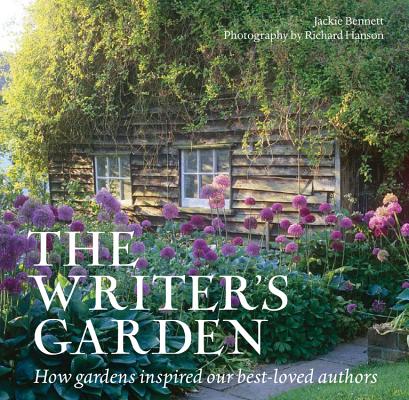 By Jackie Bennett
Email or call for price
Out of Print

Great things happen in gardens. No one can doubt the importance of the garden in Roald Dahl's life as it was here where he worked, and here that he created James and the Giant Peach. And where would Jane Austen have been if she had never seen a 'walk', an ornamental lake, or a wilderness?

Gardens hold a special place in many author's lives. For Beatrix Potter, Hill Top house was made possible by the new found freedom and wealth that a literary career can bring; for Sir Walter Scott, laying out his garden at Abbotsford was a way of distracting himself from mounting debts.

In this book of 18 gardens and 20 writers, the author examines how the poet, writer, novelist derived a creative spirit from their private garden, how they tended and enjoyed their gardens, and how they managed their outdoor space.

Jane Austen at Godmersham and Chawton

William Wordsworth at Cockermouth and Grasmere

Jackie Bennett is a former editor of The Garden Design Journal, the English Garden Magazine and Gardening with the National Trust. She began her career in television, producing gardening and natural history programmes before become a full time writer. In 1990, she won an award for nature writing in the BBC Wildlife Magazine Awards and her books include The Wildlife Garden Month by Month (David & Charles 1990 – reissued in 2011), The Cottage Garden and Wild About the Garden (1997 a Channel 4 tie-in book for the TV series presented by Carol Klein).  She won the Garden Writer’s Guild Gardening Column of the Year 2009 for a series about her own Norfolk garden. Jackie has studied garden design and landscape history. She runs writing workshops for the Society of Garden Designers and for the Cambridge and Oxford Botanic Gardens.

"Bennett also provides fascinating information as to which of the author's books were written while they were in residence at a particular outdoor space, and a useful appendix supplies practical details on visiting the gardens. The icing on this sumptuous literary cake is Hanson's spectacular photographs, which will instantly transport readers to the verdant paradises so lovingly described by Bennett. VERDICT A rare treat for both ardent fans of the individual writers and armchair enthusiasts of English gardening."