Do It Like a Woman: ... and Change the World (Paperback) 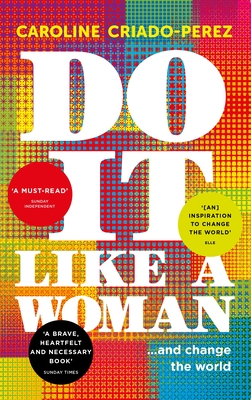 From the Bestselling author of Invisible Woman.
Doing anything 'like a woman' used to be an insult. Now, as the women in this book show, it means being brave, speaking out, and taking risks, changing the world one step at a time.
Here, campaigner and journalist Caroline Criado-Perez introduces us to a host of pioneers, including a female fighter pilot in Afghanistan; a Chilean revolutionary; the Russian punks who rocked against Putin; and the Iranian journalist who uncovered her hair.

Caroline Criado-Perez is a British journalist and feminist activist whose work has appeared in The Times, the Telegraph, the Guardian, the Independent and the New Statesman. In 2013, she won the Liberty Human Rights Campaigner of the Year Award and was named one of the Guardian's People of the Year. She tweets @CCriadoPerez