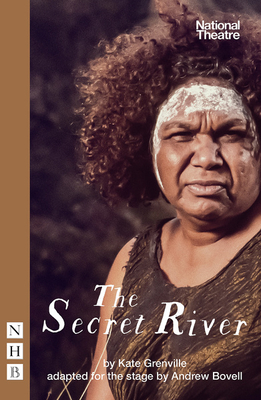 William Thornhill arrives in New South Wales a convict from the slums of London. Upon earning his pardon he discovers that this new world offers something he didn't dare dream of: a place to call his own. But as he plants a crop and lays claim to the soil on the banks of the Hawkesbury River, he finds that this land is not his to take. Its ancient custodians are the Dharug people.

It has its UK premiere at the Edinburgh International Festival in August 2019, before coming to the National Theatre, London.

Kate Grenville is one of Australia's best-known authors. Her books include the international best-seller The Secret River, The Idea of Perfection, The Lieutenant and Lilian's Story. Her novels have won many awards both in Australia and the UK, several have been made into major feature films, and all have been translated into European and Asian languages. Andrew Bovell is a critically acclaimed Australian playwright and screenwriter. His theatre credits include Things I Know To Be True (Frantic Assembly and the State Theatre Company of South Australia, 2016); The Secret River (Sydney Theatre Company, 2013 Sydney Festival and 2016 national tour, winner of six Helpmann Awards including Best Play, as well as Best New Work Sydney Theatre Awards); When the Rain Stops Falling (Brink Production/State Theatre Company, 2008 Adelaide Festival, Almeida Theatre, Lincoln Centre NYC, winner of five Lucille Lortell Awards). Earlier works include Speaking in Tongues and Holy Day. Film credits include Strictly Ballroom, A Most Wanted Man, Edge of Darkness, Blessed, Lantana, and Head On.